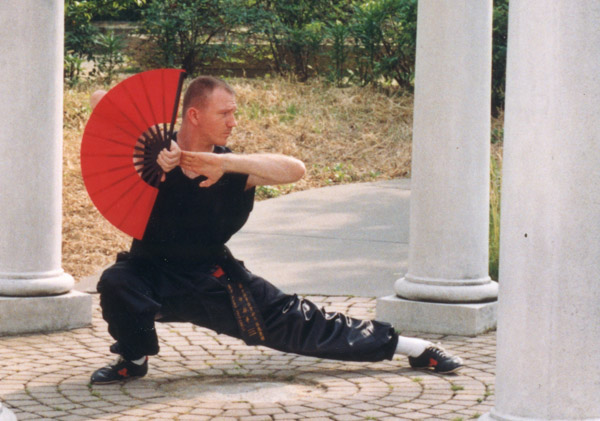 Shifu Gary Mitchell is a native Georgian, and runs the Chien Hong School of Kung Fu in Atlanta, Georgia. The school was named after Lin, Jian Hong, Shi Fu Mitchell’s teacher and inspiration, with whom he trained in Taipei, Taiwan for a number of years.

Shi Fu Mitchell became a specialist in Hung Quan, a southern Shao-Lin style, as well as Chinese lion and dragon dance in the styles of both Northern and Southern China.

With over 20 year’s experience, Shi Fu Mitchell has competed in local, national and international events, including a full-contact international tournament in Taipei.

He has also been involved in martial arts demonstrations at many cultural festivals. Shi Fu Mitchell believes that children are the future of the art, so he ensures that demonstrations take place at all kinds of educational institutions. His showmanship and expertise have enlivened many events; in addition he has frequently been invited to perform as a special guest at ‘master’ demonstrations across the US. His interest in the culture and heritage of his chosen style has led him to host annual Chinese New Year celebrations at the school. Shi Fu Mitchell and the Chien Hong School of Kung Fu are actively involved in Asian cultural arts festivals as well.

Today he continues to expand his knowledge, studying aspects of combat, weaponry and the disciplines inherent in Shao-Lin Fist Styles, as well as teaching classes. In addition he was featured in a martial arts commercial for WebVan.com.

Shi Fu Mitchell is proud to announce a return to “the roots” of Chien Hong School’s beginnings. Returned to Atlanta’s Inman Park neighborhood, brings us closer to the school’s original location in the artist community of Little 5 points.